Juventus faces Milan in a match from the Italian Super Cup

Juventus faces Milan in a match from the Italian Super Cup on Wednesday night. This game is going to be played at the King Abdullah Sports City in the city of Jeddah. Here are our vip soccer predictions today for this clash between the two most successful Italian clubs in history. 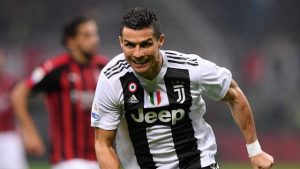 At the end of the last season these two teams met in a direct clash for the Coppa Italia, which was won by Juventus. Now Milan will try to avenge this loss, winning a trophy. But it won’t be easy against the best team in the country.

Far from surprising, Juventus are dominating the Italian Serie A for just another year. At this moment the Old Lady is leading the standings with 9 points advantage in front of the second Napoli. When the club signed Cristiano Ronaldo in the summer, it became clear that for their opponents it’s going to get even more difficult.

At this moment Juventus are the only unbeaten team in the Serie A. In their last game Max Allegri’s boys celebrated a 2-1 win over Sampdoria at home. Cristiano Ronaldo was the big hero of the night, scoring a brace for Juve.

As for Milan, the Rossoneri are fighting hard for a Top 4 finish and a return to the Champions League. Right now Milan are 5th in the standings with 31 points, being just one point behind the 4th Lazio. In their last game in the league Milan enjoyed a 2-1 win against SPAL at home. The goals were scored by Samu Castillejo and Gonzalo Higuain.

These are our vip soccer predictions today for the Italian Super Cup fixture between Juventus and Milan. We won’t surprise you by telling you that Juventus are the big favourite here. They just have the better team. But how they say – anything is possible in a final.