Juventus hosts Inter in a first game from the 15th round

It’s time once again for the big Derby D’Italia in the Italian Serie A. We take our look at the Allianz Stadum in Turin, where the champion Juventus hosts Inter in a first game from the 15th round. And what a game this is. Let’s examine it in our winning soccer predictions. 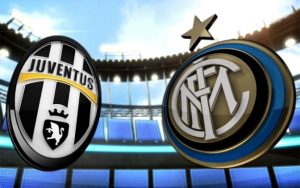 These two teams really hate each other since 2006 and the Calciopoli scandal, so it’s always very interesting when they meet on the pitch. We have no doubts that now we are going to see another spectacular clash once again.

Far from surprising, Juventus are leading the Serie A standings with 40 points won so far and a healthy 8 points advantage in front of the 2nd Napoli. Right now the Old Lady is the only unbeaten team in the league, having a record of 13 wins and 1 draw. If they continue like this, the Bianconeri could enjoy their most dominant season in their history.

In their previous fixture Juve didn’t face any problems against Fiorentina at the Artemio Franchi, winning the game with 3-0. Rodrigo Bentancur opened the score for Juventus, while Giorgio Chiellini and Cristiano Ronaldo scored two more in Alban Lafont’s net. It was a very dominant performance.

Inter are also doing pretty well this season, right now being third in the league with 29 points and a record of 9 wins, 2 draws and 3 defeats. It’s clear that Inter can’t rival Juventus for the title, but their main goal is to be in the Top 4 of the Serie A. And so far they are doing pretty good chasing it.

In their last game the Nerazzurri lost two points, doing a 2-2 draw against Roma at the Olimpico. Balde Keita and Mauro Icardi scored for the visiting team, but their goals were not enough for the win.

These are our winning soccer predictions for the Serie A game between Juventus and Inter. We wish you good luck!